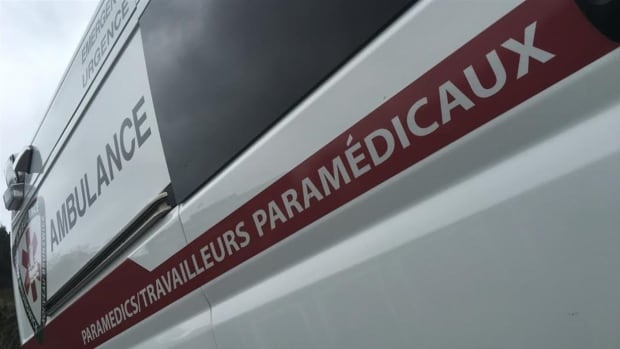 Paramedics across the province are cautious and concerned about the role they will play when six emergency rooms in rural hospitals close overnight, and ambulances will be required to take medical emergencies to hospitals in bigger centres.

“The paramedic system in this province is fragile,” said Chris Hood, executive director of the Paramedics Association of New Brunswick. “It is almost very much working at capacity today and adding any additional strain on the system is going to have a significant impact to perform overall.”

The province announced Monday it will shorten the emergency room hours at six hospitals beginning March 11 in response to a shortage of medical staff. Acute-care beds in those hospitals will be converted to long-term care beds.

The six emergency rooms will close from midnight to 8 a.m. and will not accept patients after 10 p.m., and patients in need of acute or hospital care will not be admitted to those hospitals.

While it’s not known how many more calls there will be, Hood said there is no way of understanding what implications the closures will have on the public.

“We do know there will be an increase in calls,” said Hood.

When those calls come in, Hood saidm people will have to be transported to hospitals farther away, meaning the ambulances and paramedics will be out of service and out of their service area longer.

While shuffling ambulances from one area to another is already done, Hood said it eventually has to have an impact on the time it will take to get to patients.

“We’re thinking the potential is there to have a significant increase in the number of calls.”

Hood said the issue of the lack of acute-care beds in larger hospitals will have an impact on what he called inter-facility transfers.

He said simply deciding to add more ambulances or more paramedics is not the solution.

“We’re on the cusp of facing, I would say, the same human health resource crisis that both Horizon and Vitalité are using as some of the rationale for closing emergency rooms.”

Hood said while the paramedics support radical changes in health care to help improve it, there needs to be more innovation.

“We don’t think this is a bad decision, it’s just done without the support mechanisms in place.”

Of the 1,100 paramedics in the province, Hood said 70 have advanced care training and could be putting that training to better use to help more patients.

“We also need to add some of our advance care paramedics because now we have sicker patients who will be travelling longer distances.”

“These changes are under the microscope. We know the moment something bad happens in the paramedics system as a result of the order that can be tied to these closures, it’s going to both a personal uprising and a political uprising,” said Hood.

This is why Hood said steps must taken to make the change as successful as it can be before the closures go into effect.

“We should have mapped some of the solutions and implemented them and have them in place before the announcement happened.”

But now that it has happened, Hood said it is time to look at how efficiently the transition can be made to support the ER closures.